There has been increased interest in the role human genetics and the gut microbiome play in chronic inflammatory conditions in the past decade. The breakdown of the intestinal mucosal barrier increases the interaction between the bacterial microbiome and the immune system. This pathological process is known as leaky gut syndrome (LGS).

In leaky gut syndrome, the immune system is activated, leading to inflammation and immune dysregulation, contributing to autoimmune conditions, metabolic disorders, inflammatory pain, and chronic infections. This article will also bring awareness to some common and overlooked causes of leaky gut syndrome.

What is Leaky Gut Syndrome?

The physiology of the small intestine allows nutrients into the body yet protects against harmful substances, so it is made up of multiple layers. Mucous is the first protective layer in the intestinal lumen. Underneath mucous are tightly bound single layers of cells that line the entirety of our intestines.

In healthy intestinal function, these cells take up antigens from the intestine to determine immune tolerance (not harmful) or immune response (harmful). Between intestinal cells are tight junctions (like cement between bricks) made up of over 150 proteins. The most common and studied tight junction protein is zonulin.

In leaky gut syndrome, erosion of the mucous layer occurs, followed by a breakdown of the tight junctions.

The loss of barrier integrity allows bacteria and other antigens to penetrate the intestinal barrier. Once intact bacteria and other antigenic substances cross the intestinal wall, they encounter many immune cells that react to these substances leading to inflammation. The inflammation can be systemic, contributing to symptoms or diseases anywhere in the body.

Various insults can contribute to leaky gut syndrome. Two of the most damaging are an imbalance, or overgrowth, of bacteria and gluten. Research studies have shown other causes include strenuous exercise, chronic alcohol consumption, and aging.

Does SIBO Cause Intestinal Hyperpermeability?

Mast cells are immune cells located in tissues that come in contact with the outside world. Increased numbers of mast cells are in the skin, respiratory tract, and digestive tract. When antigens from food, bacteria, or toxins come into contact with mast cells, the cells release mediators that cause various physiological responses, including inflammation. Bacterial overgrowth or an imbalance of bacteria in the small intestine can activate mast cells causing intestinal barrier breakdown.

It is well-recognized that diet has a direct effect on gut microbiota (bacteria). The first study on the association between diet, immune activation, and intestinal barrier erosion was published in 2021. The investigators looked at the influence a high FODMAPs diet had on mast cell activation leading to leaky gut syndrome. High FODMAPs foods are high in fermentable carbohydrates that feed intestinal bacteria. Even healthy foods such as onions, garlic, broccoli, and Brussel sprouts are high in these starches.

This study does not explicitly describe the association between a diet high in FODMAPs and small intestine bacterial overgrowth (SIBO). However, SIBO is known to be exacerbated by high FODMAPs.

Grains can become contaminated with mold during storage. Mycotoxins produced by mold are the most frequently occurring natural food contaminants in human and animal diets. Mold spores that enter the body through other routes may also affect the gastrointestinal tract. Recently, there has been increased awareness of the damage mycotoxins have on the intestinal barrier. Some researchers believe the breakdown in the intestinal barrier by mycotoxins may be contributing to the increased rate of food allergies in children.

Mycotoxins that directly damage the intestinal barrier are ochratoxin, aflatoxin, zearalenone, patulin, fumonisins, tricothecenes, and deoxynivalenol. Beneficial bacterial in the gut may be altered by antimicrobial effects of mycotoxins or the immune response in the intestines to mycotoxins. The changes in the microbiota lead to the breakdown of the intestinal barrier. The 2020 article Mycotoxin and Gut Microbiota Interactions goes into detail on this topic. Another 2020 publication, The Compromised Intestinal Barrier Induced by Mycotoxins, is a comprehensive review of the research associating intestinal damage caused by mycotoxins.

Although the origin of leaky gut syndrome occurs in the gastrointestinal tract, the proximity of the GI tract to the immune system causes immune dysregulation and inflammation that can contribute to systemic symptoms.

Zonulin is considered the master regulator of intracellular junctions. Since zonulin levels increase with intestinal barrier breakdown, it is a helpful marker for diagnosing leaky gut syndrome. Zonulin antibodies can be tested in the blood or zonulin levels can be tested in the stool. Another approach is to test for bacterial toxins in the bloodstream, such as cytolethal distending toxin B. Bacterial overgrowth or dysbiosis can contribute to leaky gut syndrome, so the diagnostic work-up should include functional stool and SIBO tests.

Research identifying the role gastrointestinal function and microbiome health play in systemic symptoms and disease has evolved. Leaky gut syndrome was once considered a condition only explored by holistic or functional doctors; however, the scientific literature about this topic has significantly increased over the past decade.

There are various causes of leaky gut syndrome, including often-overlooked small intestine bacterial overgrowth (SIBO), mast cell activation syndrome, and mold illness. Despite the cause of leaky gut, the pathology associated with intestinal barrier breakdown contributes to immune dysregulation, systemic inflammation, autoimmune conditions, and more. In the interest of discovering all sources of inflammation, I believe it is crucial to test everyone suffering from chronic illness and immune dysregulation for leaky gut syndrome. 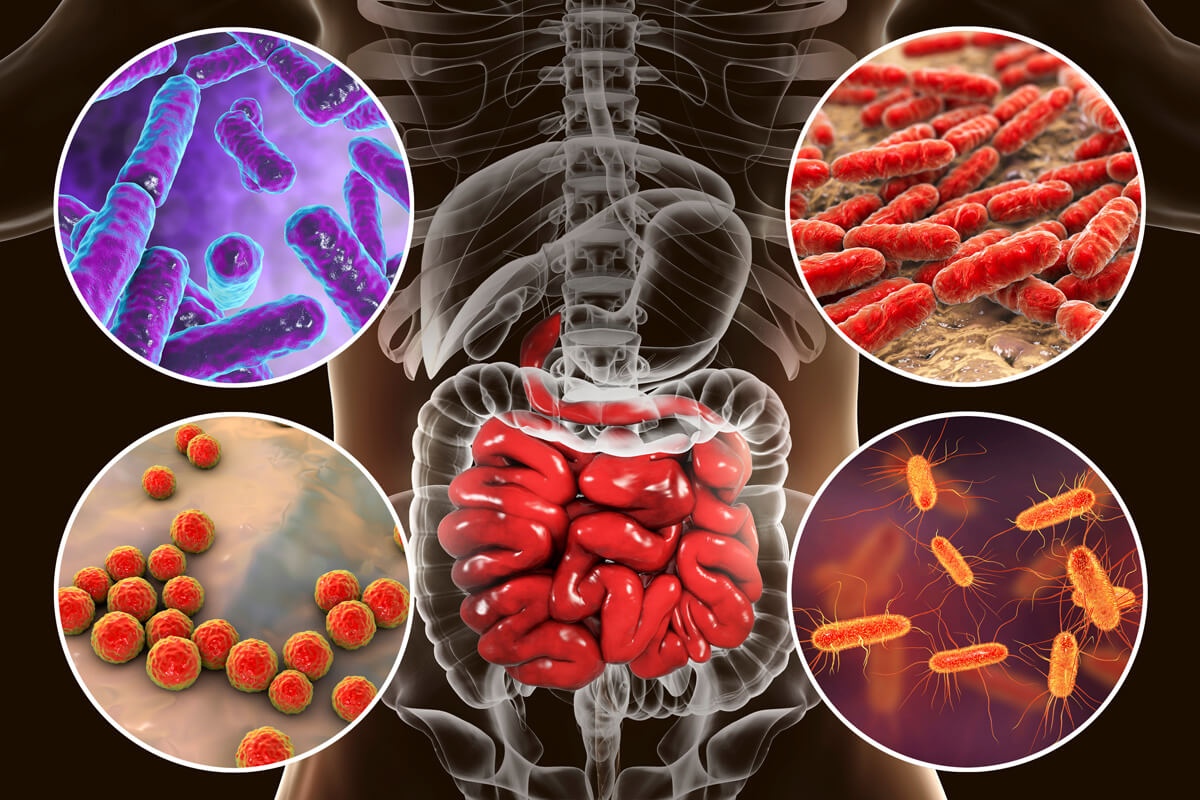